Sony Music has acquired Bob Dylan’s back catalogue of master recordings, as part of an agreement that extends the artist’s deal with the major label to several future releases.

The news was announced yesterday, but the deal was actually struck in July 2021 according to Sony Music. That’s two huge catalogue deals for Dylan, having already sold his publishing catalogue to Universal Music in late 2020 for a rumoured $300m+.

Sony Music promised “a range of future catalogue reissues” as part of its deal, focusing on Dylan’s ‘Bootleg Series’ compilations.

Elsewhere, country star Travis Tritt has sold both his publishing AND recordings catalogues to Reservoir Media, up to and including his latest album ‘Set In Stone’. Terms of this deal were not announced.

How much would you pay for Pink Floyd's back catalogue? To buy the rights, we mean: this isn't a story about the band's latest all-bells-and-whistles box-set.
Read More 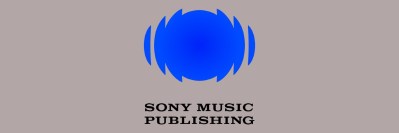 Business continued to be good for the major labels in the first quarter of 2022.