Saregama trails plans to invest $100m in its music business

Indian films and music company Saregama is planning a major investment in the latter part of its business. The Financial Express reported that the company has told analysts it is creating a fund of “up to Rs 750 crore” (that’s around $100m) to invest in music.

“The fund is only for the music business. This is not going to be used for our films or our Carvaan business,” said a spokesperson. Carvaan being Saregama’s line of hardware: music players with catalogues of tracks preloaded for offline listening.

Saregama also said that it expects 25-30% growth for its music activities in the coming years: “a combination of both organic, new content purchases, and some inorganic purchases”.

Earlier this month, Saregama announced its latest quarterly financial results, revealing that its revenues had grown by 12.3% year-on-year. Music accounted for 88.7% of its overall revenue that quarter, although for reporting purposes, Carvaan sales are included in that rather than separated out. 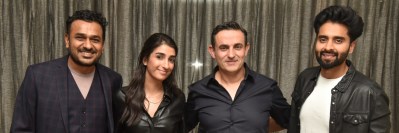 WMG gets into Bollywood music with Jjust Music deal

The latest major-label move in India is from WMG, via a partnership between its Warner Music India subsidiary and film-music label Jjust Music.
Read More