TikTok tipped to make $11.64bn in ad revenues this year

TikTok users spent $840m within the app in the first quarter of 2022 alone, according to research firm Data·ai. Now another number-crunching outfit, Insider Intelligence, is revealing its latest forecasts for TikTok’s advertising revenue. They are equally impressive.

The company is predicting that TikTok will make $11.64bn from ads in 2022: a huge spike from the $3.88bn it is estimated to have made in 2021. And, as the report noted, the 2022 figure is “more than both Snapchat and Twitter combined”, with half of the revenues expected to come from the US.

Insider Intelligence has also put out some numbers around TikTok’s teenage audience in the US specifically. It expects there to be 16.4 million 12-17 year-olds using the app there this year, behind only Snapchat (17.2 million) but ahead of Instagram (14.5 million), Facebook (8.7 million) and Twitter (5.3 million).

The company is also predicting a tipping point in 2024. That’s when it expects TikTok to overtake Snapchat as the most popular social network for US teens. Although TikTok’s rapid rise in recent years is itself a warning to treat such predictions with a healthy amount of scepticism: new platforms can emerge so quickly to shake up the order.

Returning to the ad revenue predictions, however, they are sure to figure prominently in TikTok’s future licensing negotiations with music rightsholders.

With its ad revenues expected to triple in 2022 (and then grow to $23.58bn by 2024 – although the same look-ahead caveats apply) while user spending also grows rapidly, the music industry will be keen to ensure that the rightsholders and creator of the music that’s so core to TikTok are suitably rewarded. 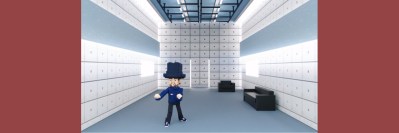 Another day, another pair of artists doing interesting things in the metaverse: Jamiroquai and Alfie Templeman.
Read More

Block talks Tidal: ‘This will be a massive economy in the future…’ 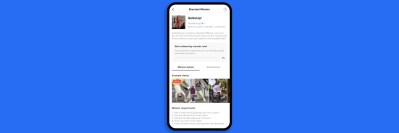 One of the criticisms of TikTok culture has been of a lack of credit for the originators of some of its trends.