Juxtapose With You: How artists and their labels balance art and commerce over the long-term (guest column)

This is a guest column by Keith Jopling, creator of “antidote to the algorithm” website The Song Sommelier and host of The Art of Longevity podcast, which features in-depth career discussions with musicians. Season 4 launched this week and features Teenage Fanclub, Norah Jones, Belle & Sebastian, Omar, Neil Hannon, and others. Here, Keith reflects on the artists who have weathered the storm and created a lifelong career of making music – and tries to define what ‘success’ is in that longer-term context. 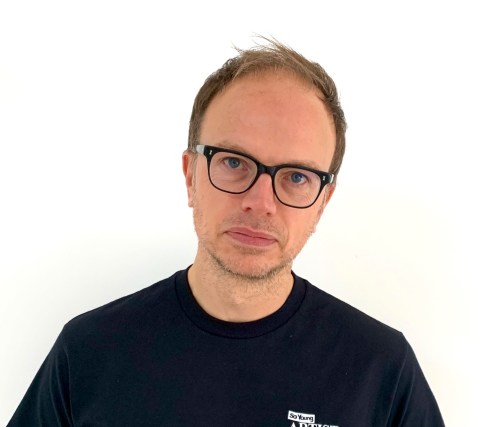 We all know that art and commerce make uneasy but necessary bedfellows in the music business. I was much absorbed over the Easter Weekend by Nick Duerden’s Guardian article previewing his new book “Exit Stage Left: The Curious Afterlife of Pop Stars” in which he relays accounts from pop stars of how they ‘recovered’ (or moved on altogether) after time in the spotlight.

What was really curious to me is that many of Duerdin’s subjects, including Robbie Williams, Kevin Rowland, Suzanne Vega and Sananda Maitreya (the artist formerly known as Terence Trent D’Arby) are still very much in the music business. Indeed, I recently interviewed Suzanne Vega in-depth for The Art of Longevity podcast – which will relaunch with Season 4.

Many of the artists I interview for The Art of Longevity are no longer at the height of popularity, but then again, coming down from a career high can often be the most fruitful time creatively. After all, there is less pressure to either conform to the current musical trends, repeat the trick of previous hits, or rush out recordings in the name of commerce. While creators need boundaries, the music industry doesn’t always come up with the right boundaries.

Besides which, what exactly is ‘mainstream success’ these days? The goal of many new artists I’ve spoken with in recent years is to have a loyal following and to simply make a living from their music. Fame & fortune is way down their priority list and, in many cases, isn’t a goal at all. In a way, many of those artists have found their way to a ‘post-industry’ equilibrium – taking their sweet time to make the records they want to make, on their own terms – often releasing them on their own labels or via distribution deals, when they can make a greater share of the proceeds. Many new artists don’t need to go through the machinations of music industry hype to get to where they want to go – to reach their own version of equilibrium.

The Art of Longevity is based on a premise set by Brett Andersen from Suede. An interview I read with Brett quoted him saying that all successful artists have followed a similar journey, comprising four stages: the struggle, the stratospheric rise to the top, the crash down to the bottom and then the renaissance. In a way, it’s a very 90s ‘boom and bust’ interpretation of an artist’s journey. Not all bands fit the mould, but both Brett’s quote and Duerdin’s book attempt to capture the essentially ruthless nature of fame in the music biz i.e. it rarely endures. The idea that artists are both created by the industry and then used up and spat out. Not only is this scenario now cliched, but it was always more nuanced.

Some artists I’ve met have thrived long term without ever being dropped or switching labels (Norah Jones, Fink) even though their commercial success has ebbed and flowed. Others made themselves famous first, never relying on the industry to do it for them.

As each season of The Art of Longevity comes around, it’s been interesting to ponder some of the ways artists have navigated through the tricky territory of having a lifelong career making music. And how the art & commerce of music have sometimes worked at odds, yet at other times been in perfect lockstep.

No artist should ever wait to be signed.

Some of the most successful artists created culture first and commerce second. Portico Quartet, Belle and Sebastian, Teenage Fanclub all did this. For Portico Quartet, it was busking on London’s Southbank, where the band created their own loyal fanbase. With Belle & Sebastian, Stuart Murdoch’s singular vision of the band he wanted to create – and the audience he wanted to attract – was so clear and strong – in the end it was record labels that succumbed, not the other way around. Teenage Fanclub, meanwhile, got into the habit of making records first, then shopping them to labels. All three demonstrate how ‘DIY’ culture has always thrived in music. And DIY is of course more possible now than ever.

This was the case with Laura Veirs (July Flame), The Coral (Butterfly House), The Wombats (Beautiful People Will Ruin Your Life), Spoon and countless others. While being dropped might be bewildering and depressing for an artist (and labels too), it is a new beginning rather than the end. It follows that labels might think twice about dropping artists and perhaps rarely should. Sometimes, sticking with an artist that you believed in at the beginning will bear fruit again at some stage. Most artists experience creative and commercial highs and lows, yet the careers of Fink and Norah Jones are testimony to the fact that labels can be partners and representatives throughout the whole process – not just as long as the hits keep coming.

Artists should create in a vacuum but have an appreciation of how the market works.

It is clear when artists have made music for the market – and sometimes it works. But the world’s best selling albums were often created in a vacuum. That’s how Tears For Fears made Songs From The Big Chair, a weirdly introverted record that became their biggest album. It’s how Norah Jones made Come Away With Me – another introverted – even old-fashioned record that broke the mould in the early 2000s and then went on to sell 27 million copies. Yet it also helps for artists to know their market, so that they can be aware of the true potential of what they have created, and to be obliging and to understand the simple, commercial requirements of a label, whose job it is to make money. In the end, marketing and promoting a record is best done as a meeting of minds, not a fight over what should be the single, or who the target audience is.

With hindsight, many legacy artists wish they’d known more about the industry and music marketing. Today’s business is far more collaborative, with both artists and labels required to play major roles in marketing, preferably under a joined up strategy. This is something to give the partnership between artists, their labels and managers a far greater sense of partnership.

In a way, with streaming, the business has come full circle, particularly regarding the role of singles. While sometimes the choice of single is down to the label and sometimes the artist, both can be wrong or right. Managers should ultimately be better at knowing who should listen to who in each case. 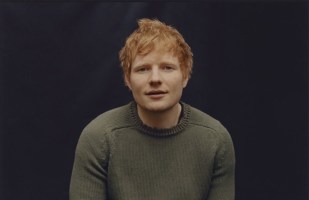 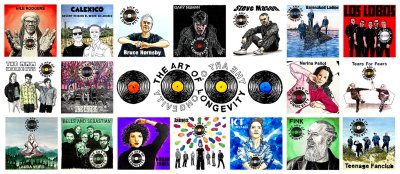 The art of music longevity: craft, graft and gratitude

The Song Sommelier founder Keith Jopling's latest blog post has plenty of food for thought for young musicians and their teams.