Exclusive DSP deals are out in China… except 30-day windows

A crackdown by the Chinese authorities has put paid to the practice of streaming services signing exclusive deals with music labels. Or so we thought.

It turns out that non-exclusive deals can still have elements of exclusivity, judging from this week’s announcements by Chinese streaming firms Tencent Music and NetEase Cloud Music.

However, as Music Biz Asia pointed out, Tencent Music’s agreement stipulates that it will get TF’s music ’30 days before other audio streaming platforms in China’. In other words, NetEase Cloud Music.

It’s still progress compared to the old way of doing things in China, where an exclusive deal with a company like TF would have allowed Tencent Music (or NetEase Cloud Music) to then sub-license the music to their rival – and thus have a certain degree of power to set unflattering terms. If regulators are fine with 30-day windows, though, we could see more of them. 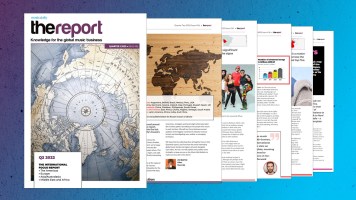 With exclusive licensing deals off the table in China, streaming services are moving to expand catalogues with non-exclusive agreements.
Read More

Analytics have become a core part of the services global streaming services provide to artists and labels.