There is more to web3 than NFTs, and one of the most interesting aspects of this space is DAOs. Decentralised autonomous organisations, to give them their full name.

These member-owned communities, underpinned by blockchain technology, are springing up in a host of different sectors, from tech to gaming to, yes, music. So what might their impact be in our industry?

Cherie Hu, founder and publisher at Water & Music, hasn’t just researched and written about DAOs; she’s building her business as one. At our Sandbox Summit web3 Special conference yesterday, she set out her views on what DAOs mean for music.

Her first point was that the understanding of what a DAO is and how it should work is not set in stone. While the earliest definition in 2014 had “a very protocol and tech-specific context… automation at the centre, humans at the edges”, this may not be suitable for music-focused DAOs in 2022.

“When you think about what drives music culture, what motivates artists to create, arguably a lot of people would flip this on its head: have automation at the edge as a tool to help the humans in the centre create art, build their communities and their careers,” said Hu.

She set out some of the building blocks of DAOs. There’s a membership: people represented by a set of cryptographic addresses. There are behaviours: a set of possible contract actions usually triggering a flow of capital to and from a shared treasury.

And then there are proposals, from the DAO’s founders or from members, which are collectively voted on and, if approved, turn into behaviours.

So, in a music DAO, the members might collectively decide on a proposal to allocate budget from the central treasury to a certain project, and once approved, that automatically happens.

Water & Music has tracked more than 30 music DAOs that have emerged in the last 6-12 months alone, including artist collectives like Heds and Voyager; DAOs focused on live events like Refraction and The Willow Tree; Labels and curators like Leaving Records, Topshelf Records and Nvak Collective; generative art projects like Beets DAO and Bleeps; and collector/investor DAOs like PleasrDAO and Noise.

Hu said that the appeal of DAOs for artists and music projects includes their organisational structures – “More horizontal, more modular and more participatory” – and the opportunity to “experiment with the finances around music with the same creativity as we would expect from the music itself”.

She cited projects including Jonathan Mann’s Song a DAO (pictured at the top of this article) and RAC’s racOS as early examples of artists exploring “a way to scale and reward that very participatory culture in a more concrete and on-chain and transparent way”, while also tackling a “historical opacity around how the money flows in music”.

Hu also outlined some of the challenges around DAOs as they currently stand. There is regulatory ambiguity, especially around securities and general liability. “If you’re promising [members] future growth in the value of your DAO token, are you scamming them?”

She also noted a recent report from Chainalysis that found that “across several major DAOs, less than 1% of all holders have 90% of voting power” – suggesting that just because a project is a DAO, that is not a guarantee of truly decentralised decision-making.

“We already have that level of concentration [of power] in the music industry, so will the technology itself make things more equitable?” said Hu.

There is also the question of how decentralised music artists really want to be when it comes to decisions around their music and careers.

“A fear that a lot of artists have: ‘If I start a DAO, will fans have control over creative decisions?'” as she put it. “That absolutely does not have to be true, but artists and their teams have to set very clear boundaries in place, about what they can and can’t collectively govern.”

Finally, Hu warned that setting up a DAO for an artist, music company or related project should not be taken lightly.

“Web2 community management is already highly complex and manual. Web3 adds an additional layer of complexity and labour! So it is a very important question to ask: are you ready to invest in the personnel, in the technology, in the educational resources, to make it possible?”

Hu’s presentation was followed by a panel to continue exploring the topic of DAOs, moderated by Music Ally COO Patrick Ross.

They got down to the detailed business of DAOs quickly, with a discussion about why so many DAOs revolve around channels on the Discord platform.

“Discord has become the de facto platform for DAOs, but as a Discord community manager [I can say that] there are tons of problems with Discord, and tons of reasons NOT to use Discord. So there is a gap in the market!” said Rodgers.

Noise, particularly when you’re part of a number of different DAOs or Discord communities, is one of the challenges.

“I’m part of 50 to 100 DAOs, and any time I wake up or am off the grid for even 8-12 hours it is a nightmare!” said Rumalla. “I get thousands of notifications and it’s impossible to keep up with it. I can’t provide a high-quality input [to these communities] just because I can’t keep up with the information flow.”

Spallone agreed, suggesting that if a new service popped up tomorrow that was focused specifically on community management for DAOs, with a clear user experience, Discord would have a big challenge on its hands trying to retain some of these communities.

He also agreed with Rumalla’s experience. “Being a member of just one DAO, it can be a full-time role! I have to be very mindful of not overcommitting. I would love to do them: I just don’t have the time!”

The conversation moved on to what music DAOs might be capable of, and how they will sit within the traditional music industry. Spallone talked about a gap, currently, between the theory of what’s possible, and the reality of what’s actually being done.

So, in theory you could have labels owning a percentage of an artist’s DAO rather than of their music rights, and being part of a “much more democratic decision-making” process… “It’s fascinating, but not what I’m seeing happening in a large part.”

However, he suggested that more artists are turning to DAOs as an extension of seeing themselves as businesses. “We’re seeing things like people use the launch of a DAO, or a crowdfund that dovetails into being a DAO, as a growth mechanism for artists… We’ll continue to see this track of experimentation and doing things in ways that aren’t necessarily traditional.”

The panel also talked about decentralised decisions, and the issue raised by Hu about how comfortable artists will feel about ceding creative control to fans. Matthews had strong views on that point.

“I wouldn’t want the fans to tell me what order my setlist is in tonight. That will never work! You can’t have an artist being told how to create their art. That’s one thing we cannot go into, I would say.”

Rodgers said that when Water & Music published a series of in-depth interviews with music DAOs, there weren’t that many common threads, but one of them was that “something always has to be centralised, and usually the thing that is centralised is whatever makes that special”.

For Water & Music, that was its editorial voice, but clearly for many artists, it will be their music-making itself: something that they will retain control of rather than inviting the crowd to tell them what to do.

“You have to be opinionated about your own art!” as Matthews put it, before talking about his startup’s plans to put the DAO model to work around live music.

It is holding a “proof-of-concept” showcase concert on 5 July in Bristol, which will be livestreamed with tickets distributed as free NFTs. The model uses decentralised finance (DeFi) technology to store ticket and digital merch sales (more NFTs) in a ‘micro-fund’ that generates a bank-interest-style ‘yield’ over time, which can be split by smart contract.

“On the night the musicians in the band, the promoter, the venue, even the sound engineer and the van driver can have their share of the yield that will be being plopped into their wallet forever,” said Matthews. And the structure takes in ‘sub-DAOs’ too, where the people involved in a concert can vote on when and how to liquidate their micro-fund.

A key theme of the panel session was that anyone considering launching a music DAO needs to do their research, and properly. Water & Music has published a longform research report comparing various DAO tools, for example, which Spallone recommended as a good place to start.

Rodgers had the final word, with another warning that managing a DAO is not always for the faint-hearted.

“Be prepared to do quite a lot of manual data-wrangling,” she said. “The process is sometimes a little bit more convoluted, and not as seamless as it might seem. Matching people’s email addresses up to wallet addresses. Ultimately it’s a bit more of a Web 2.5 process than it is a web3 process at the moment!” 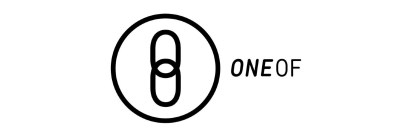 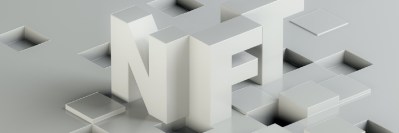