Google and Apple have both been under pressure around the world over the way they manage their app stores, with a campaign for changes having been led by Spotify and Epic Games.

We’re seeing those changes come, too, spurred by the involvement of regulators in various countries. There were some developments yesterday for both of the tech giants.

Google announced a proposed settlement in a legal action that will see it launch a $90m fund that US developers of Android apps will be able to claim from, as well as tweaking its developer agreement to make it clear that they can tell their users about ways to subscribe outside Google’s system.

Meanwhile, Apple is allowing developers in South Korea to provide in-app purchases through alternative payment systems, and published some details about how this will work. This is in response to new rules in South Korea requiring app stores not to enforce use of their own systems. This all happened as the Coalition for App Fairness – the lobbying body launched by Spotify, Epic Games and other companies – put out some research it had commissioned on app stores and competition.

Unsurprisingly, it supported their policy goals, claiming that 72% of people surveyed in ‘battleground’ US states plus California agreed that “Big Tech companies, like Apple and Google, limit competition and restrict innovation from independent app developers”.

Google and Apple, of course, regularly marshal their own studies to show their policies are positive. The lobbying continues. 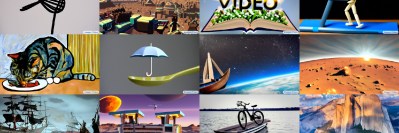 One of Meta's Big Tech rivals, Google, is revealing its own efforts in the discipline with not one, but two research projects.
Read More

Apple Music for Artists gets new profile and lyrics features

Apple has added more features, including a profile section where musicians can create a customised bio by answering a series of short questions.
Read More